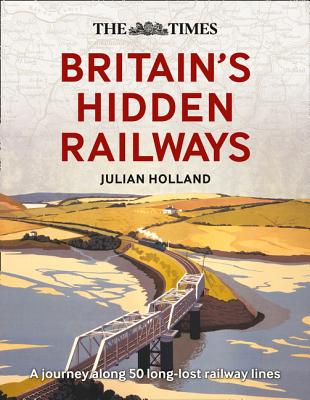 Follow the routes of 50 long-closed and derelict railways across some of our most beautiful countryside and discover the hidden railways of Britain.

Each route is highlighted on historical Bartholomew mapping, showing which parts can still be followed today. The carefully researched text is accompanied by historical photographs showing each line in operation prior to its closure, as well as specially commissioned images from the present day.

From a very young age Julian Holland has had a fascination with railways. He is a writer and photographer on many railway books, including the highly acclaimed and award winning The Times Mapping the Railways (2011), Exploring Britain’s Lost Railways (2013) and Great Railway Journeys of the World (HarperCollins, 2014). As well as being passionate about train travel, Julian is a leading commentator in the media on railways.