Britain, Germany and the Future of the European Union (New Perspectives in German Political Studies) (Hardcover) 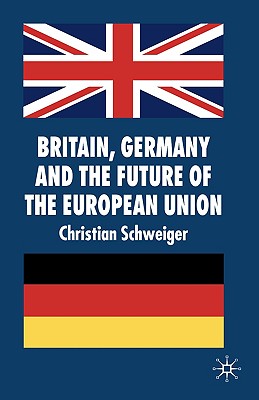 Britain, Germany and the Future of the European Union (New Perspectives in German Political Studies) (Hardcover)


Usually Ships in 2-3 Days
Schweiger outlines the changes in British and German European policies which have been characteristic of a process of normalization in both countries. Schweiger examines possible areas for cooperation between Britain and Germany on major European issues and the significance that such a working partnership could have within the enlarged EU.
CHRISTIAN SCHWEIGER is Lecturer in Government in the School of Government and International Affairs at the University of Durham. His main research interests are bilateral relations, EU enlargement and reform, economic globalization and transatlantic security relations. His publications include The Role of the Modell Deutschland in the Enlarged European Union and British-German Relations after the War on Iraq.