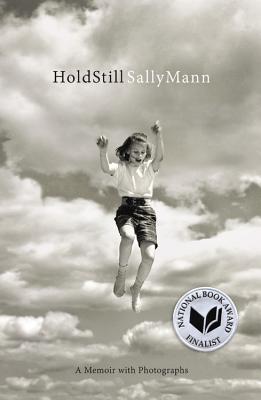 
Email or call for price
This National Book Award finalist is a revealing and beautifully written memoir and family history from acclaimed photographer Sally Mann.

In this groundbreaking book, a unique interplay of narrative and image, Mann's preoccupation with family, race, mortality, and the storied landscape of the American South are revealed as almost genetically predetermined, written into her DNA by the family history that precedes her.

Sorting through boxes of family papers and yellowed photographs she finds more than she bargained for: "deceit and scandal, alcohol, domestic abuse, car crashes, bogeymen, clandestine affairs, dearly loved and disputed family land . . . racial complications, vast sums of money made and lost, the return of the prodigal son, and maybe even bloody murder."

In lyrical prose and startlingly revealing photographs, she crafts a totally original form of personal history that has the page-turning drama of a great novel but is firmly rooted in the fertile soil of her own life.
Sally Mann (born in Lexington, Virginia, 1951) is one of America's most renowned photographers. She has received numerous awards, including NEA, NEH, and Guggenheim Foundation grants, and her work is held by major institutions internationally.

Her many books include What Remains (2003), Deep South (2005), and the Aperture titles At Twelve (1988), Immediate Family (1992), Still Time (1994), Proud Flesh (2009), and The Flesh and the Spirit (2010). A feature film about her work, What Remains, debuted to critical acclaim in 2006. Mann is represented by Gagosian Gallery, New York. She lives in Virginia.
"Hold Still...[is a] weird, intense and uncommonly beautiful new memoir.... A cerebral and discursive book about the South and about family and about making art that has some of the probity of Flannery O'Connor's nonfiction collection 'Mystery and Manners' yet is spiked with the wildness and plain talk of Mary Karr's best work.... An instant classic among Southern memoirs of the last 50 years."—Dwight Garner, The New York Times

"[A] wonderfully weird and vivid memoir-generously illustrated with family snapshots, her own and other people's photos, documents, and letters-describes a life more dramatic than I had imagined."—Francine Prose, The New York Times Book Review

"Hold Still [is] a glorious marriage of words and pictures, a courageous and visually ravishing memoir."—BookPage

"A record of [Sally Mann's] life that is intimate, outrageous, frank, and fearless. The vivid descriptive energy and arresting images in this impressive book will leave readers breathless."—Publishers Weekly (starred review)

"Richly compelling and evocative.... An unforgettable memoir. But it's more than that.... The abiding and precious gift of this book is precisely this: Mann's highly personal exploration of her passion, and her perseverance."—Bookforum

"The twilit aura that makes Sally Mann's photographs so evocative comes through just as strongly in her writing."—USA Today

"Hold Still, multigenerational in its scope, southern in its humor, and Nabokovianin its ambition, is gorgeously written and convincing."—The Atlantic

"[Sally Mann's] prose examines Southern life as closely as her camera lens examines the Southern landscape, and Hold Still explains not just her photographic technique, but also her resolve to look head-on at things most people would rather not see."—Associated Press

"Read this book. If you want to be an artist, carry it around like your Bible. If you strive to be a better mother or daughter, or a more insightful human being, Hold Still needs to be with you at all times.... As soon as I finished the last page and closed the cover, I turned to page one and began reading it again. It is remarkable."—BookReporter

"Generous, enlightening, thought-provoking, often dark but more often funny enough to make you laugh out loud, Hold Still is a book to hold on to for dear life, because this is one of those books that if you loan it out, you'll never see it again."—The Daily Beast

"A sweeping tale of Mann's coming of age, her family history, her artistic influences and choices. It is also an homage to the South...HOLD STILL is thought-provoking and is certainly arresting to look at."—The Washington Post

"Sally Mann...has written an exquisite memoir...it is foremost a literary achievement, showing Mann to be as ingenious with words as she is with a camera."—Oprah.com

"[An] extraordinary book.... plumbing family archives, Mann unfolds tales of scandal, murder-suicide and racism, while the stunning visuals reveal her evolving creative growth. The result is as fresh and startling as a candid."—People

"Mann's prose-luminous, chatty and smart-together with photographs that arrest and provoke-invites readers to hold the camera still with her, and in that space, to imagine whole narratives that accompany these slices in time."—Los Angeles Times

"Mann cannot answer all the questions she asks herself and sometimes doubts her purpose and her memories, but in holding still in the fast-flowing stream, she has produced the rarest of things, a picture so true it is breathtaking."—The Telegraph

"A powerfully moving, meditative examination not just of an artist's life and work but also of something much more permanent, mysterious and complex: the South, both in close-up and from afar.... She's a rarity: the ambidextrous artist."—The Richmond Times-Dispatch

"A stirring tale of a life in pictures.... A profound self-portrait of an artist and her medium, and of the people and landscapes that have fueled that art."—Garden and Gun

"[A] crackling, forthright exploration of her life and career....The incisive writing and remarkable photos attest to Mann's relentless habit of watching the world, waiting for 'that incubating purity and grace that happens, sometimes, when all the parts come together.'"—The Cleveland Plain Dealer

"A sprawling, drawl of a memoir, stretching narrative into imagery, personal memories into historical research and creative reflection into critical theory. Deftly and courageously written, it is spacious enough to accommodate all the photographer's doubts (as an artist) as well as her several certainties (as a mother)."—The Houston Chronicle

"The voice is so clear and so crisp, so ready to admit error but also to stand up for itself.... rarely are our protagonists so gosh darned admirable."—San Francisco Chronicle

"Mann's...memoir lacks a dull moment-partially due to the beauty of her language, and partially because of her striking photographs, and the ones she dug up from the family attic."—The Rumpus

"A reckoning with the unreliability of both memory and photography as ways of preserving the past.... The writing is so engaging and her intellect so lively that the long ride seems almost too short. This is clearly a book Mann needed to write, and her passion for the task gives Hold Still much of the same exquisite power found in her photography."—Go Knoxville

"Startling.... A family history like no other."—New York Journal of Books

"For all her accolades as a visual artist, it might surprise you to know that Mann is also one hell of a writer. Hold Still is stark, disturbing and beautiful."—Nashville Scene

"Sumptuous.... Mann writes insightfully about her ancestors, her friends and her own work.... The tangled and arbitrary threads that tether each of us to what matters in this world."—Toronto National Post

"Mann's deeply personal and unflinchingly honest reflections on her family, her photography, and her brushes with the harsh specter of public condemnation make Hold Still not only an uncommonly compelling memoir, but also an invaluable fond of wisdom."—Bustle

"Ravishing and disturbing... the memoir seems effortless, but it is as artfully structured as her photographs, and as seductive. An exhilarating, riveting book."—The Times Literary Supplement

"If you only read one book this year, Hold Still by Sally Mann should be it."—KMUW (NPR)

"Hold Still is a wild ride of a memoir. Visceral and visionary. Fiercely beautiful. My kind of true adventure."—Patti Smith, musician and National Book Award-winning author of Just Kids

"One would not need to know Sally Mann's remarkable work as a photographer to be swept up in her memoir Hold Still, which draws upon a family history so rife with jaw-dropping drama that it could provide the grist for a dozen novels. With prodigious intellect and a telling instinct for the exact detail that will reveal character or throw it into question, Mann delves into the treacherous territory of memory, mesmerized by the relentless dance of beauty and decay. In doing so, she manifests in prose the acuity of seeing that has propelled her to the top rank of contemporary artists."—Andrew Solomon, author of Far From the Tree and The Noonday Demon

"Photographer Sally Mann's book Hold Still is one of the great portraits of the American South. Written in her pitch perfect prose style, it is a textbook of illumination and desire for anyone who hears the siren call of art beckoning to them. It's southern to the bone, hell on wheels. Hold Still is a masterpiece."—Pat Conroy, author of The Death of Santini and South of Broad

"In Hold Still, Sally Mann demonstrates a talent for storytelling that rivals her talent for photography. The book is riveting, ravishing -- diving deep into family history to find the origins of art. I couldn't take my eyes off of it."—Ann Patchett, author of Bel Canto and This is the Story of a Happy Marriage

"For three decades Sally Mann has captured images that are unique, haunting, beautiful, disturbing, stark - it would take a mid-sized thesaurus to hold all the adjectives that have been used to describe both the art and the artist. In Hold Still, she wraps her prose around her pictures, revealing a fine talent for writing and a rich family history."—John Grisham, author of The Firm and Sycamore Row

"Sally Mann's Hold Still is just like her pictures: forthright, adventurous, loving, fearless, beautiful, intimate, and somehow uncanny. That means it's probably just like her."

—Luc Sante, author of Low Life and Kill All Your Darlings

"What I admire most about Sally Mann's new book is not her ability to write captivating sentences--she does. It's the honesty and fearlessness, the two mixed together, compelling her to own up to her mistakes, to acknowledge her winnings, to accept her losses (and those of her family). For this quality alone, Hold Still deserves a fixed place in the library of American memoir."

—Paul Hendrickson, author of Hemingway's Boat: Everything He Loved in Life, and Lost

"There has never been a book like this. At once a poetics of place, a work of deep history, a bildungsroman, and an acute inquiry into the big subjects: love, family, other animals, the nature of creativity. It is sublime. It's also very funny. Haunting and haunted, Hold Still is the memoir of an artist that is art itself."—Melissa Holbrook Pierson, author of The Place You Love is Gone

"This spectacular modern memoir reads like a sweeping gothic novel, filled with mystery, violence, controversy, and, of course, love in all its forms. It is a literary family album enlivened by many of the images in the stories told. A Southern work, it is also universally accessible, as all of Sally Mann's work is, for she reaches deep into her ancestral headwaters and the twisted rivers of human remembrance. A triumph."—Jamie Lee Curtis, actress