The Laws of our Fathers: A Novel (Hardcover) 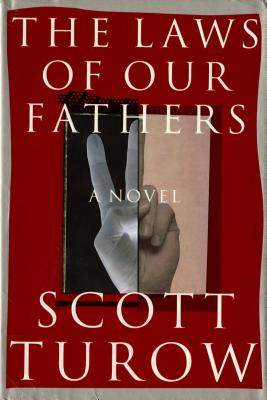 The Laws of our Fathers: A Novel (Hardcover)

A drive-by shooting of an aging white woman at a gang-plagued Kindle County housing project sets in motion Scott Turow's intensely absorbing novel, The Laws of our Fathers.

With its riveting suspense and indelibly drawn characters, this novel shows why Turow is not only the master of the modern legal thriller but also one of America's most engaging and satisfying novelists.

Scott Turow is the author of worldwide bestselling novels including Presumed Innocent, Innocent, Ordinary Heroes, The Burden of Proof, Reversible Errors and Limitations. His works of nonfiction include One L, his journal from his first year at law school, and Ultimate Punishment, which he wrote after serving on the Illinois commission that investigated the administration of the death penalty and influenced Governor George Ryan’s unprecedented commutation of the sentences of 164 death row inmates on his last day in office. Ultimate Punishment won the Robert F. Kennedy Book Award. He lives outside Chicago, where he is partner in the firm of SNR Denton (formerly Sonnenschein, Nath & Rosenthal).

“Spectacularly worth the wait... Turow's grasp of the revolutionary fervor of the '60s and how it has later calmed into rueful, if still compassionate, acceptance, is masterly.” —Publishers Weekly (Starred Review)

“Turow's most ambitious novel yet.” —The New York Times