The Keys: A Memoir (Hardcover) 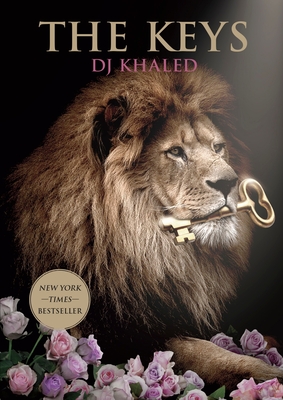 The Keys: A Memoir (Hardcover)


Usually Ships in 2-3 Days
From Snapchat sensation, business mogul, and recording artist DJ Khaled, the book They don't want you to read reveals his major keys to success.

- Stay away from They
- Don’t ever play yourself
- Secure the bag
- Respect the code
- Glorify your success
- Don’t deny the heat
- Keep two rooms cooking at the same time
- Win, win, win no matter what
DJ Khaled is a music-industry mogul who has produced dozens of chart-topping records with artists such as Jay Z, Nas, Kanye West, Drake, and Lil Wayne. He is the founder of We The Best Music Group, and the creator of one of the most globally viewed Snapchat accounts. He currently lives in Miami, where he continues to record new music.
“[The Keys is] an invitation to join someone else’s victory lap, in the hopes that it might help you envision your own… He’s left a key under the mat so you can let yourself in.”
- The New Yorker

“There is a Khaled quote running through my head: ‘Those who have a hundred percent chance of losing are the people who never try.’ He's right. How can I win if I don't even play?”
- Vice