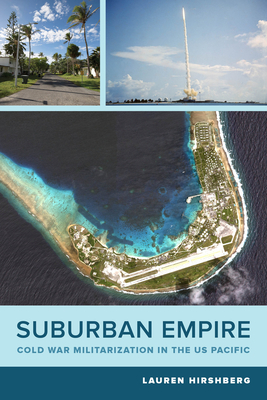 Suburban Empire takes readers to the US missile base at Kwajalein Atoll in the Marshall Islands, at the matrix of postwar US imperial expansion, the Cold War nuclear arms race, and the tide of anti-colonial struggles rippling across the world. Hirshberg shows that the displacement of indigenous Marshallese within Kwajalein Atoll mirrors the segregation and spatial politics of the mainland US as local and global iterations of US empire took hold. Tracing how Marshall Islanders navigated US military control over their lands, Suburban Empire reveals that Cold War–era suburbanization was perfectly congruent with US colonization, military testing, and nuclear fallout. The structures of suburban segregation cloaked the destructive history of control and militarism under a veil of small-town innocence.

Lauren Hirshberg is Assistant Professor of History at Regis University in Denver, Colorado.