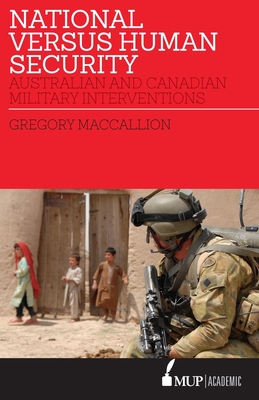 
Email or call for price
By examining two military interventions that have defined the post-Cold War period, Somalia (1992-1995) and Afghanistan (2001-2014), this book argues that for Australia and Canada, the concept of human security works better in practice than it does in theory. When human security was first advanced in 1994, debates raged. It was argued that the concept needed an agreed and articulated definition before it could have policy relevance or applicability. The book provides unprecedented access to the key actors and decision makers, including Prime Ministers, military commanders, and senior diplomats. It argues that the core concept of human security has altered states' understanding of traditional national security during the implementation of military interventions. The experience of Australia and Canada over this period demonstrates that the concept of human security is becoming more relevant to states, and their policy makers and military planners, as they conduct military interventions.
Gregory MacCallion is a Visiting Fellow at the Strategic and Defence Studies Centre at the Australian National University. He holds a PhD in International Relations from the Australian National University. He has published book chapters, journal articles, and presented at international conferences on security theory, strategy, foreign policy, and development. He is a specialist in Australian and Canadian defence issues.