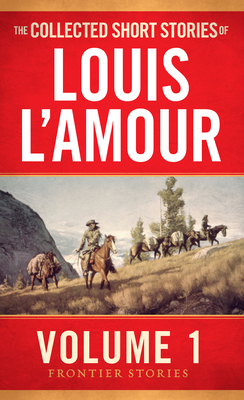 Louis L’Amour is recognized the world over as one of the most prolific and popular American authors. While every one of his eighty-nine novels is still in print, a lesser known fact is that L’Amour is also one of the all-time bestselling authors of short fiction. Compared by The Wall Street Journal to Jack London and Robert Louis Stevenson, L’Amour’s Collected Short Stories are now presented for the first time in paperback.

The Collected Short Stories of Louis L’Amour, Volume 1, features thirty-five action-packed Frontier Stories. It kicks off a series of nine paperbacks, including a two-part volume of Adventure Stories and a two-part volume of Crime Stories, which brings all of L’Amour’s short fiction to his millions of readers around the world.
Our foremost storyteller of the American West, Louis L’Amour has thrilled a nation by chronicling the adventures of the brave men and woman who settled the frontier. There are more than three hundred million copies of his books in print around the world.