The Life of Walatta-Petros: A Seventeenth-Century Biography of an African Woman, Concise Edition (Paperback) 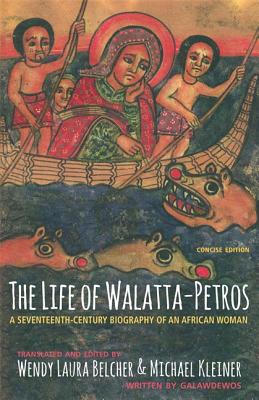 The Life of Walatta-Petros: A Seventeenth-Century Biography of an African Woman, Concise Edition (Paperback)


Backordered
This concise edition of the biography of Walatta-Petros (1672) tells the story of an Ethiopian saint who lived from 1592 to 1642 and led a successful nonviolent movement to preserve African Christian beliefs in the face of European protocolonialism. This is the oldest-known book-length biography of an African woman written by Africans before the nineteenth century, and one of the earliest stories of African resistance to European influence. Written by her disciples after her death, The Life of Walatta-Petros praises her as a friend of women, a devoted reader, a skilled preacher, and a radical leader, providing a rare picture of the experiences and thoughts of Africans--especially women--before the modern era. In addition to an authoritative and highly readable translation, this edition, which omits the notes and scholarly apparatus of the hardcover, features a new introduction aimed at students and general readers.