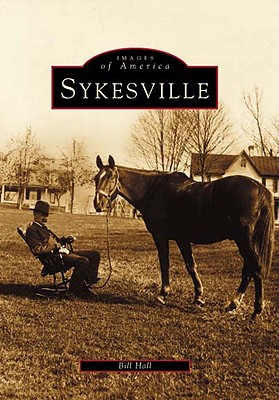 
Email or call for price - This maybe out of print or used
A picturesque, little town located along the banks of the rolling Patapsco River, Sykesville, Maryland has had a long and distinctive history. Though not officially incorporated until 1904, Sykesville was first put on the map when, in 1831, the mighty Baltimore and Ohio Railroad sent its "Old Main Line" from the thriving metropolis of Baltimore to Point of Rocks in Frederick County, Maryland and traveled through the small town of Sykesville on its route. After that, tourism became an important industry in the town, as well-to-do Baltimoreans searched for a country refuge during the hot summer months. Sykesville, located in Carroll County and just 30 miles from Baltimore city, was the perfect spot to enjoy a relaxed and shady holiday.

As Sykesville grew and changed over the years, many individuals, including Suzannah Warfield, Frank Brown, Wade Warfield, J.H. Fowble, E. Francis Baldwin, and Edwin Mellor, played important roles in the town's commercial development. But it is Sykesville's unique heritage, the great value placed on preserving that past by residents, and the resilient character of the community that has made Sykesville what it is today. Following a decline in the 1970s, the town experienced a rebirth fostered by the tenacious spirit of local officials and residents who strongly believed that the town could regain its past glory. Now, as one strolls along Sykesville's downtown streets, the past seems once again alive and the community's singular story is at the heart of it all.