The Australian Nexus: At the Center of the Storm (Hardcover) 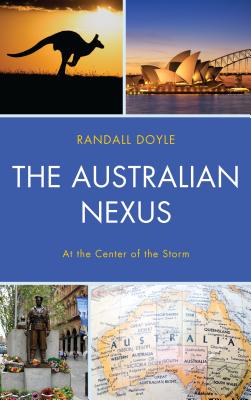 The Australian Nexus: At the Center of the Storm (Hardcover)


Usually Ships in 2-3 Days
In 2018, Australia finds itself at the center of a geopolitical storm within the Indo-Pacific region. With the meteoric rise of China and the perceived decline of U.S. influence and power in East Asia, Australia is faced with some rather difficult and uncomfortable questions concerning its economic future and its national security. Historically, Australia has always had a major power as its key ally, especially in terms of its national security. In 1901, Australia became a self-governing nation. However, Great Britain continued to protect Australia from potential external enemies, because Australia remained an important and valued commonwealth nation within the British empire. However, at the beginning of the Pacific War during WWII, Australia reached out to America after the British colony Singapore collapsed in the face of the oncoming and powerful Japanese imperial military forces in February 1942. With the empire of Japan marching southward in the Pacific region, Australian prime minister John Curtin anxiously requested, in late-December 1941, that America come save the nation from being invaded by the Japanese imperial army and naval forces. Due to its own strategic needs against Japan, the U.S. agreed to send its military forces to Australia. Thus, began a geostrategic relationship that has lasted for seventy-five years. Hence, Australia has remained one of America's most reliable allies throughout the post-WWII era. But, at the end of the second decade of the 21st century, the geostrategic dynamics of the Indo-Pacific have changed dramatically. China's unprecedented rise to power- economically, militarily and diplomatically-has forced Australia to reevaluate its policies and position within the East Asian hemisphere. And, to further complicate Australia's current predicament, America itself is experiencing a major political upheaval with the stunning election of Donald Trump as its new president in 2016. Henceforth, Australia increasingly finds itself in uncharted waters-geopolitically. Australians are confronted with the irrefutable reality that they are living not only in the most pivotal region of the world, but one that is in the midst of an historic transformation. In essence, Australia finds itself at the center of a geostrategic storm.
Randall Doyle is adjunct professor of history and government at Mid Michigan College.