The Last Poet of the Village: Selected Poems by Sergei Yesenin Translated by Anton Yakovlev (Paperback) 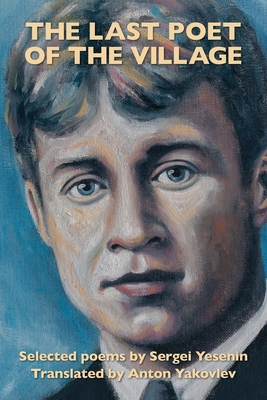 The Last Poet of the Village: Selected Poems by Sergei Yesenin Translated by Anton Yakovlev (Paperback)

It is difficult to find a Russian person who doesn't know by heart at least one poem by Sergei Yesenin (1895-1925), whose distinctive lyricism and lush rural imagery have indelibly imprinted themselves into the Russian consciousness. Second in popularity among Russian speakers only to Alexander Pushkin, Yesenin has received surprisingly little attention abroad, where he is best known for his brief marriage to Isadora Duncan. This bilingual edition (original Russian side-by-side with translation by Anton Yakovlev) is an attempt to rectify the relative scarcity of Yesenin's English translations and to introduce English speakers to many of his most beloved and iconic poems.