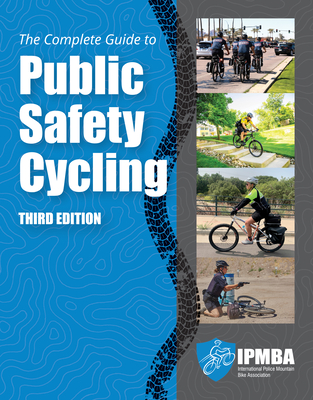 
Usually Ships in 2-3 Days
The Complete Guide to Public Safety Cycling, Third Edition is the only publication devoted exclusively to public safety cycling. It represents decades of experience and the collective expertise of hundreds of police, EMS, and security personnel who operate bicycles in the line of duty. Although they serve in many capacities, they all agree that, in the hands of a trained public safety cyclist, the bicycle is not just a mode of transportation--it is a literally and figuratively a vehicle for delivering essential services to the community. Since the modern renaissance of police bicycle use in the late 1980s, the profession of public safety cycling has grown to encompass all branches of public safety. The International Police Mountain Bike Association (IPMBA) and the Complete Guide have evolved in tandem with it. Each edition of the Complete Guide reflects innovations in equipment and operations that impact the myriad ways in which public safety cyclists deploy their bicycles. Written by members and friends of IPMBA, the Third Edition features new and expanded material, including: - Bicycle Response Teams: A versatile, approachable crowd management team that responds quickly to crowd movements and changes in demeanor. - Community Engagement: An essential aspect of public safety that can be enhanced by the accessibility of personnel on bicycles and through bicycle-focused initiatives. - E-Bikes: A technology that has expanded patrol areas, enabled faster response times, and attracted additional public safety personnel to bicycle duty. - Specialized Security: A field with a focus on routine patrol, rather than call-driven response, for which bicycles are ideal. The Third Edition is well-researched and contains updated statistics, photos, figures, and examples of how public safety cyclists impact their communities as well as ways in which agencies can sustain and diversify their bicycle operations. This book is an essential resource for anyone who has a passion for public safety cycling.