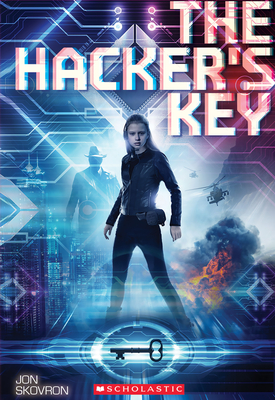 
On Our Shelves Now
A thrilling cyber-doomsday action/adventure novel that's Ally Carter meets GAMER ARMY.Ada Genet's father, Remy Genet, was one of the most infamous criminals in the world, specializing in infiltration, theft, and cybercrime. As far back as she can remember, Ada had been his accomplice. She helped him steal secrets from governments, weapons from terrorists, and money from just about everyone. But when the law finally caught up with them, Remy ended up in prison -- and Ada at a military boarding school, as a ward of the US Government. Now something called the Hacker's Key has been stolen from a secret UN installation. The Key could supposedly shut down every computer, smartphone, and internet-connected device simultaneously, causing mass chaos around the world. A Techno-Doomsday. A clue left behind at the scene points to Ada's father, but he's been in prison the whole time. Then Remy springs one last surprise. He'll speak, but only to one person -- his daughter, Ada.