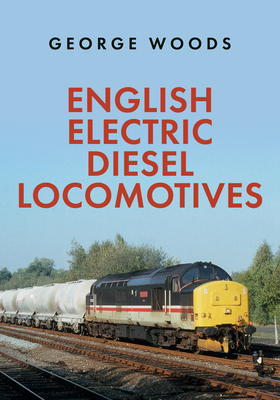 
Email or call for price
English Electric built their first diesel loco in 1936 and, before the company closed in 1968, built thousands of diesel and electric locos that saw service all over the world. They were among the companies chosen by BR to build prototype diesel locos for the Modernisation Scheme of 1955, which would see the replacement of steam traction by diesels and electrics. Locos were built to suit a wide variety of duties, some remaining in everyday service fifty years later.This book of mostly unpublished colour photographs from the collection of George Woods shows them in service all over the BR system from 1966 to 2019 working a wide variety of trains, both passenger and freight, in the great variety of liveries they wore both during their BR service and in later years under private ownership.
George Woods has been photographing trains since 1959. He made the change from black and white to colour slides in 1966 before going digital in 2004 having amassed around 30,000 slides.