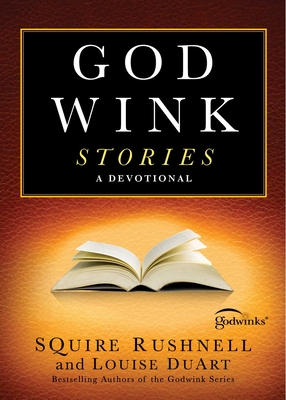 This is book number 3 in the The Godwink Series series.

Building on the themes in his wildly popular book GodWinks, SQuire Rushnell shows how ordinary peoples’ lives have been profoundly changed by extraordinary moments that are more than coincidence.

There is something more to coincidences than meets the eye. Like winks from a loving parent or grandparent, coincidences or “godwinks” are messages from God that you are not alone and everything will be okay. The true stories in this book reaffirm that godwinks happen to everyone. We just need to learn how to see them, allow them to unfold, and accept them as direct, person-to-person communications from God to each of us.

As you’ll see, those so-called coincidences that you’ve been dismissing so easily really do mean something. And you need to pay attention. They are like unopened gifts that have been placed upon your doorstep.

You will be amazed to read how every joy, every hurt, and every worry that you experience has already been written about in the Bible. Godwink Stories simply draws upon the parallel between the stories of real people and God’s wisdom in the scriptures.

Godwink Stories can be read in various ways. You can read the book cover to cover. Or follow along each week for a year. It’s also perfect for a quick pick-me-up that fits your daily need. Whether you’re looking for reassurance or joyful inspiration, there’s a godwink story just for you.

Filled with letters from readers covering such topics as encouragement, health, and love, you too can find God’s presence in your daily life, and be inspired to look for the divine connections that unite us all.
SQuire Rushnell is a popular speaker and New York Times bestselling author who has coined the term “Godwink,” now in mainstream usage. Within more than one million books in print, SQuire’s Godwink stories are a popular monthly feature on the NBC Today Show. He has also appeared on several national television programs including Fox News Channel’s Fox & Friends and CBS Sunday Morning. As a veteran ABC Television Network executive, he led Good Morning America to the number one spot and oversaw the acclaimed Schoolhouse Rock! series and the ABC Afterschool Specials. Programs under his direction have captured more than seventy-five Emmy Awards.