Exploring the World: Adventures of a Global Traveler: Volume II: Europe and Its Regions (Paperback) 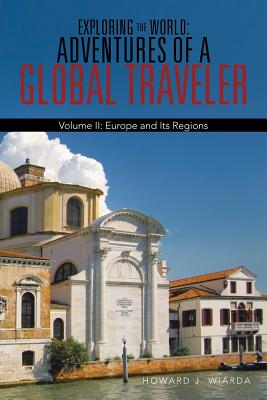 Exploring the World: Adventures of a Global Traveler: Volume II: Europe and Its Regions (Paperback)

Professor Howard J. Wiarda, a leading academic expert on foreign policy, comparative politics, and international affairs, is the author of more than eighty books. Wiarda has traveled to many of the world's most troubled and exciting places. Now, in the more personal accounts of his global travels, he recalls his foreign research adventures, the countries visited, and the people he met and interviewed along the way.

Wiarda's new four-volume set, Exploring the World: Adventures of a Global Traveler, details his travels and foreign adventures since 2006. In these travel books, he tells the stories that lie behind the research, offers his impressions of the countries and regions he has explored, and considers how and why some have been successful and others not.

Volume I in this new series tells the story of Wiarda's 2010 circumnavigation of the globe. Volume II focuses on Europe and the continued importance of European regionalism-despite the bumper stickers advertising "Europe Whole and Free." Volume III deals with Latin America and questions whether the region is really as democratic as we would like it to be. Volume IV provides Wiarda's analysis of Asia's economic miracles while also recounting his recent visits to the Persian Gulf and his assessment of modernization and development in the Islamic world.

Insightful and entertaining, Wiarda's travel narratives offer commentary on important and interesting sites all over the world.