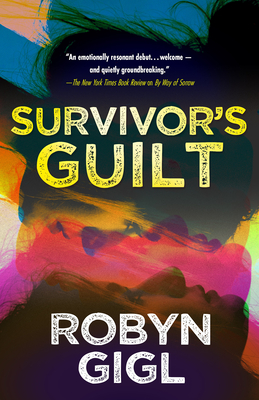 This is book number 2 in the An Erin McCabe Legal Thriller series.

“A groundbreaking series is poised to become a definitive one.” –The New York Times

LGBTQ+ activist Robyn Gigl tackles the complexities of gender, power, and human trafficking with a ripped-from-the-headlines plot in her second legal thriller featuring Erin McCabe, a protagonist who, like the author, is a transgender attorney.

At first, the death of millionaire businessman Charles Parsons seems like a straightforward suicide. There’s no sign of forced entry or struggle in his lavish New Jersey mansion—just a single gunshot wound from his own weapon. But days later, a different story emerges. Computer techs pick up a voice recording that incriminates Parsons’ adoptive daughter, Ann, who duly confesses and pleads guilty.

Erin McCabe has little interest in reviewing such a slam-dunk case—even after she has a mysterious meeting with one of the investigating detectives, who reveals that Ann, like Erin, is a trans woman. Yet despite their misgivings, Erin and her law partner, Duane Swisher, ultimately can’t ignore the pieces that don’t fit.

As their investigation deepens, Erin and Swish convince Ann to withdraw her guilty plea. But Ann clearly knows more than she’s willing to share, even if it means a life sentence. Who is she protecting, and why?

Fighting against time and a prosecutor hell-bent on notching another conviction, the two work tirelessly—Erin inside the courtroom, Swish in the field—to clear Ann’s name. But despite Parsons’ former associates’ determination to keep his—and their own—illegal activities buried, a horrifying truth emerges—a web of human exploitation, unchecked greed, and murder. Soon, a quest to see justice served becomes a desperate struggle to survive . . .

“Stunning… Her takes on big questions of justice, revenge, and the nature of victimhood will resonate with many.” – Publishers Weekly,  STARRED REVIEW

"Another great merger of legal mystery and psychological thriller." – CrimeReads
Robyn Gigl, the author of the Erin McCabe legal thrillers, is an attorney, speaker and activist who has been honored by the ACLU-NJ and the NJ Pride Network for her work on behalf of the LGBTQ community. Appointed by the New Jersey Supreme Court to the Court's Committee on Diversity Inclusion and Community Engagement, she’s practiced law for more than 40 years, representing clients in state and federal courts. She also is active in the New Jersey State Bar Association where she is a member of the Women in the Profession Section and a Past Chair of the Bar's LGBT Rights Section. She is also a member of the Board of Directors of Garden State Equality, NJ’s largest LGBTQ+ Civil Rights Organization. A frequent lecturer on diversity issues, she lives in New Jersey and can be found online at RobynGigl.com or on Twitter @RobynGigl.
Praise for Survivor's Guilt

“Robyn Gigl’s SURVIVOR’S GUILT is so good that it may end up counting among this year’s standouts. A groundbreaking series is poised to become a definitive one.”
—The New York Times

“Stunning…Gigl delightfully flips the usual terms of the genre with a murder victim readers are quickly drawn to hate and a murderer whom they will be rooting for. Her takes on big questions of justice, revenge, and the nature of victimhood will resonate with many.”
—Publishers Weekly, STARRED REVIEW

"Another great merger of legal mystery and psychological thriller."
—CrimeReads