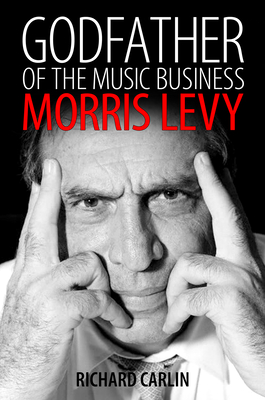 This biography tells the story of one of the most notorious figures in the history of popular music, Morris Levy (1927-1990). At age nineteen, he cofounded the nightclub Birdland in Hell's Kitchen, which became the home for a new musical style, bebop. Levy operated one of the first integrated clubs on Broadway and helped build the careers of Dizzy Gillespie and Bud Powell and most notably aided the reemergence of Count Basie. In 1957, he founded a record label, Roulette Records. Roulette featured many of the significant jazz artists who played Birdland but also scored top pop hits with acts like Buddy Knox, Frankie Lymon and the Teenagers, Joey Dee and the Starliters, and, in the mid-1960s, Tommy James.

Stories abound of Levy threatening artists, songwriters, and producers, sometimes just for the sport, other times so he could continue to build his empire. Along the way, Levy attracted "investors" with ties to the Mafia, including Dominic Ciaffone (a.k.a. "Swats" Mulligan), Tommy Eboli, and the most notorious of them all, Vincent Gigante. Gigante allegedly owned large pieces of Levy's recording and retail businesses.

Starting in the late 1950s, the FBI and IRS investigated Levy but could not make anything stick until the early 1980s, when Levy foolishly got involved in a deal to sell remaindered records to a small-time reseller, John LaMonte. With partners in the mob, Levy tried to force LaMonte to pay for four million remaindered records. When the FBI secretly wiretapped LaMonte in an unrelated investigation and agents learned about the deal, investigators successfully prosecuted Levy in the extortion scheme. Convicted in 1988, Levy did not live to serve prison time. Stricken with cancer, he died just as his last appeals were exhausted. However, even if he had lived, Levy's brand of storied high life was effectively bust. Corporate ownership of record labels doomed most independents in the business, ending the days when a savvy if ruthless hustler could blaze a path to the top.

Richard Carlin is author of several books on popular music, including Worlds of Sound: The Story of Smithsonian Folkways and Country Music: The People, Places, and Moments That Shaped the Country Style. He also coedited Ain't Nothing But the Real Thing: How the Apollo Theater Shaped American Entertainment and edited the eight-volume series America's Popular Music.