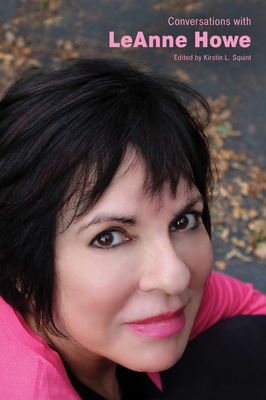 
Usually Ships in 2-3 Days
Conversations with LeAnne Howe is the first collection of interviews with the groundbreaking Choctaw author, whose genre-bending works take place in the US Southeast, Oklahoma, and beyond our national borders to bring Native American characters and themes to the global stage. Best known for her American Book Award-winning novel Shell Shaker (2001), LeAnne Howe (b. 1951) is also a poet, playwright, screenwriter, essayist, theorist, and humorist. She has held numerous honors including a Fulbright Distinguished Scholarship in Amman, Jordan, from 2010 to 2011, and she was the recipient of the Modern Language Association's first Prize for Studies in Native American Literatures, Cultures, and Languages for her travelogue, Choctalking on Other Realities (2013). Spanning the period from 2002 to 2020, the interviews in this collection delve deeply into Howe's poetics, her innovative critical methodology of tribalography, her personal history, and her position on subjects ranging from the Lone Ranger to Native American mascots. Two previously unpublished interviews, "'An American in New York' LeAnne Howe" (2019) and "Genre-Sliding on Stage with LeAnne Howe" (2020), explore unexamined areas of her personal history and how it impacted her creative work, including childhood trauma and her incubation as a playwright in the 1980s. These conversations along with 2019's Occult Poetry Radio interview also give important insights on the background of Howe's newest critically acclaimed work, Savage Conversations (2019), about Mary Todd Lincoln's hallucination of a "Savage Indian" during her time in Bellevue Place sanitarium. Taken as a whole, Conversations with LeAnne Howe showcases the development and continued impact of one of the most important Indigenous American writers of the twenty-first century.
Kirstin L. Squint is the Whichard Visiting Distinguished Professor in the Humanities (2019-2022) and associate professor of English, specializing in Native American literatures, at East Carolina University. She is author of LeAnne Howe at the Intersections of Southern and Native American Literature and coeditor of Swamp Souths: Literary and Cultural Ecologies. She is also a contributor to Appalachian Reckoning: A Region Responds to "Hillbilly Elegy," winner of the 2020 American Book Award for criticism.