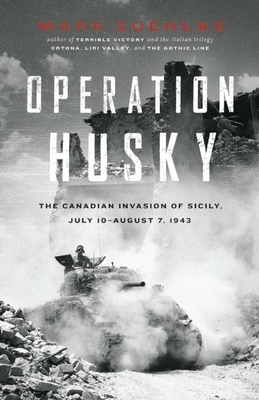 
Email or call for price
July 10, 1943: Aboard over two thousand ships--the largest armada in history--two great Allied Armies readied to invade Sicily. This was Operation Husky, the first step towards winning a toehold in fascist occupied Europe. Among the invaders were 20,000 troops serving in the 1st Canadian Infantry Division and 1st Canadian Tank Brigade--in their first combat experience. Over the next twenty-eight days, the Allied troops carved a path through rugged land despite fierce German opposition. Operation Husky is story of the young men who battled here, told as only Mark Zuehlke can tell it. Of his other acclaimed books, Quill and Quire declared: "With his signature style of record, Zuehlke's skill in writing battle narrative remains unsurpassed." He brings to Operation Husky the same vividly written accounts that put the reader into the heart of Canada's first divisional-scale campaign of World War II.