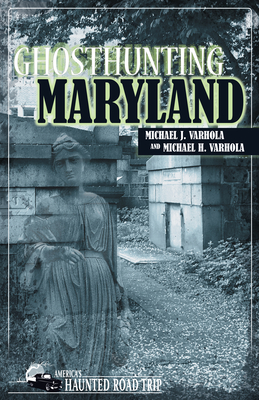 Come along with this father-and-son team as they explore the spookiest sites in Maryland.

Michael J. Varhola is a freelance author, editor, and lecturer who specializes in nonfiction and travel-related subjects and runs game manufacturing company Skirmisher Publishing LLC. He has a lifelong interest in the paranormal and has conducted investigations worldwide, including sites throughout Europe and the United States. His other books include Ghosthunting Virginia, Everyday Life During the Civil War, Shipwrecks and Lost Treasures: Great Lakes, and Fire and Ice: The Korean War, 1950-1953. He studied in Denver and Paris before earning a degree in journalism from the University of Maryland, College Park. He currently resides in Spring Branch, Texas. Michael H. Varhola is a professional counterintelligence officer and a longtime resident of the state of Maryland. His lifelong dream has been to be a professional writer, and he plans to begin writing full-time after retiring in 2010. In the meantime, he has been contributing short pieces to his son's books. These include chapters in Shipwrecks and Lost Treasures: Great Lakes and Ghosthunting Virginia, as well at this current work. In his spare time, he is also working on a novel, which is set in the Ottawa River Valley in 1634 during the fur wars.