The New Totalitarian Temptation: Global Governance and the Crisis of Democracy in Europe (Hardcover) 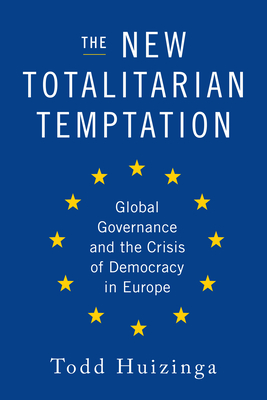 The New Totalitarian Temptation: Global Governance and the Crisis of Democracy in Europe (Hardcover)


Usually Ships in 2-3 Days
What caused the eurozone debacle and the chaos in Greece? Why has Europe's migrant crisis spun out of control, over the heads of national governments? Why is Great Britain calling a vote on whether to leave the European Union? Why are established political parties declining across the continent while protest parties rise? All this is part of the whirlwind that EU elites are reaping from their efforts to create a unified Europe without meaningful accountability to average voters. The New Totalitarian Temptation: Global Governance and the Crisis of Democracy in Europe is a must-read if you want to understand how the European Union got to this point and what the European project fundamentally is. This is the first book to identify the essence of the EU in a utopian vision of a supranationally governed world, an aspiration to achieve universal peace through a global legal order. The ambitions of the global governancers are unlimited. They seek to transform not just the world's political order, but the social order as well--discarding basic truths about human nature and the social importance of tradition in favor of a human rights policy defined by radical autonomy and unfettered individual choice. And the global governance ideology at the heart of the EU is inherently antidemocratic. EU true believers are not swayed by the common sense of voters, nor by reality itself. Because the global governancers aim to transfer core powers of all nations to supranational organizations, the EU is on a collision course with the United States. But the utopian ideas of global governance are taking root here too, even as the European project flames into rancor and turmoil. America and Europe are still cultural cousins; we stand or fall together. The EU can yet be reformed, and a commitment to democratic sovereignty can be renewed on both sides of the Atlantic.

Todd Huizinga is director of International Outreach at the Acton Institute for the Study of Religion and Liberty in Grand Rapids, Michigan. He is a cofounder of the Transatlantic Christian Council and a research fellow of Calvin College's Paul B. Henry Institute for the Study of Christianity and Politics. As a U.S. diplomat from 1992 until 2012, Mr. Huizinga served as deputy chief of mission at the U.S. embassy in Luxembourg, political counselor at the U.S. mission to the European Union in Brussels, consul for political and economic affairs at the U.S. consulates in Hamburg and Munich, and consul for public affairs at the U.S. consulate in Monterrey, Mexico. He has also served in Dublin, Frankfurt, and Costa Rica, as well as on the European Union Desk at the State Department in Washington, D.C. He speaks German, Dutch, Spanish, and French.