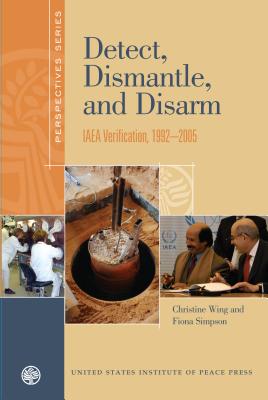 
Email or call for price
The ability to verify compliance with nuclear agreements is key to the success of those agreements. Until 1991, neither the International Atomic Energy Agency (IAEA) nor the broader international community had ever definitively located a covert nuclear program and therefore had no experience in verifying that such programs had been dismantled. That situation changed at the end of the Gulf War with the discovery of anuclear weapons program in Iraq, which had been a longstanding party to the Nuclear Nonproliferation Treaty. During the course of the next decade, three additional developments the verification of the Democratic People's Republic of Korea's (DPRK) nuclear holdings, the revelation of South Africa's decades-old weapons program, and the announcement of Libya's weapons program stretched the IAEA well beyond its original mission of promoting the peaceful use of nuclear energy.In "Detect, Dismantle, and Disarm," the first nontechnical book on the IAEA's role in verification, Christine Wing and Fiona Simpson examine the agency's experience in these four cases and capture the elements of the verification process most useful for the design of future verification missions. The authors contend that the IAEA's presence is a key factor in states willingness to cooperate with verification, providing credibility and reassurance that involved parties are acting in good faith toward mutually agreeable solutions. Drawing lessons from each case, the authors show how the IAEA has effectively functioned across governments and international bodies to achieve goals specific to each situation. Operations in Iraq, the DPRK, South Africa, and Libya demonstrate how organizational, historical, political, and technical forces shape states compliance. Each chapter includes the history of nuclear weapons programs, a description of the actors involved, and an evaluation of the mission to date.