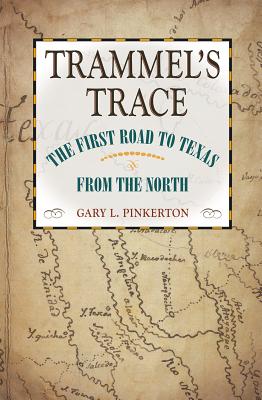 
Usually Ships in 2-3 Days
“A self-proclaimed ‘rut nut’ prone to ground-truth his research, Gary L. Pinkerton brings considerable historical and geoarchaeological skills to bear in his in-depth analysis of an often-overlooked early route to Texas. This is, at one level, a detailed biography of a road, but in focusing on a line through the Texas prairies and woodlands that predated formal Anglo-American colonization of the area, the author also makes significant, defining connections that give the reader much more to consider.”—Southwestern Historical Quarterly

“Pinkerton’s passion is contagious, and his enthusiasm will strike a chord with lay readers as well as scholars of early Texas history.”—Central Texas Studies
GARY L. PINKERTON, the author of numerous articles on Trammel’s Trace, resides in Houston.