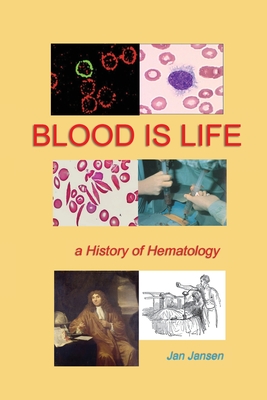 Hematology is the science that studies blood, blood-forming organs, and blood diseases. In man, blood is formed in the bone marrow. The study of bone marrow during life has been possible for less than 100 years. Peripheral blood has been studied since the late 17th century, but better since the middle of the 19th century, when leukemia was first diagnosed. Inborn and acquired red blood-cell disorders were recognized in the late 19th - early 20th century. Coagulation studies and diseases of the very small platelets date from the same era. Blood transfusion of clinical benefit started around World War I and markedly improved during World War II. Studies of the effects of radiation began shortly after the war, and led to bone-marrow transplantation. Starting in the 1960's, developments in immunology, genetics, and molecular biology allowed rapid progress in the diagnosis and therapy of many hematological diseases.

This historical study begins with knowledge from around 2,000 BCE and ends in the late 2010's. The study is divided according to the various blood cells and factors. Biographical sketches of 19 scientists important for developments in hematology in the 19th and 20th centuries are included