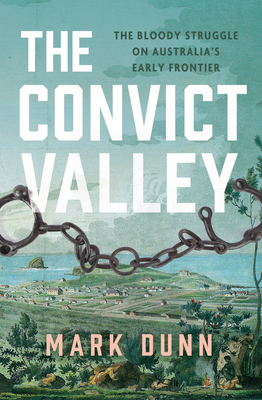 
Usually Ships in 2-3 Days
In 1790, five convicts escaped Sydney by boat and were swept ashore near present day Newcastle. They were taken into the local Aboriginal clan, marrying and starting families. Thus began a long and often dramatic series of encounters between Aboriginals and convicts in the Hunter Valley, the second European settlement after Sydney. This book tells the story of the Hunter's first 50 years—a rich account of relations between the convicts, land owners (many former convicts), and Aboriginal clans. Not a simple recounting of frontier conflict, it also shows how some Aboriginal families found ways to survive the loss of their land by subtle forms of resistance, or by working for the European settlers. Based on meticulous and extensive primary research which has uncovered many new stories,The Convict Valley is a new Australian history classic.

Mark Dunn is a consultant historian and Chair of the Professional Historians Association of NSW and ACT. He has convict ancestors who settled in the Hunter, and has spent 20 years investigating the history, heritage, and archaeology of the region.