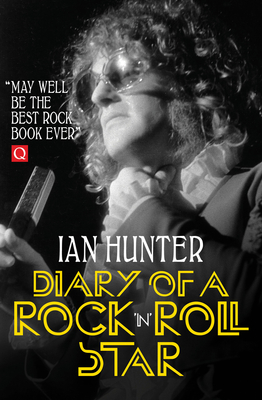 
Email or call for price - This maybe out of print or used
Ian Hunter’s Diary of a Rock ‘n’ Roll Star has received a litany of plaudits and been described as “an enduring crystallization of the rock musician’s lot, and a quietly glorious period piece” by The Guardian. A brutally honest chronicle of touring life in the 1970s, and a classic of the rock writing genre, Diary of a Rock ‘n’ Roll Star remains the gold standard for rock writing. This edition includes new content from Hunter and a foreword from Johnny Depp.
Ian Hunter is an English singer-songwriter who is best known as the lead singer of the English rock band Mott the Hoople. He records and tours as a solo artist, most recently supporting his 2016 album, Fingers Crossed.