Histories of the Unexpected: The Romans (Hardcover) 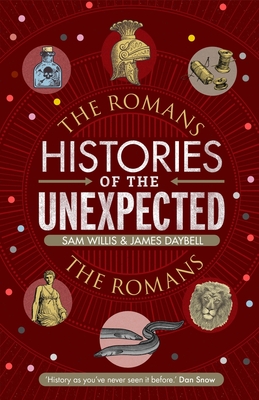 Histories of the Unexpected: The Romans (Hardcover)


On Our Shelves Now
The Histories of the Unexpected series not only presents a new way of thinking about the past, but also reveals the world around us as never before. Traditionally, the Romans have been understood in a straightforward way but the period really comes alive if you take an unexpected approach to its history. Yes, emperors, the development of civilization and armies all have a fascinating history . . . but so too do tattoos, collecting, fattening, recycling, walking, poison, fish, inkwells and wicked stepmothers! Each of these subjects is equally fascinating in its own right, and each sheds new light on the traditional subjects and themes that we think we know so well.
Sam Willis is a historian who has made 12 TV series for the BBC and National Geographic, including The Silk Road, and has written 14 books, including The Struggle for Sea Power and In the House of Victory. James Daybell is a historian who has written eight books and appeared in a number of historical BBC TV documentaries.