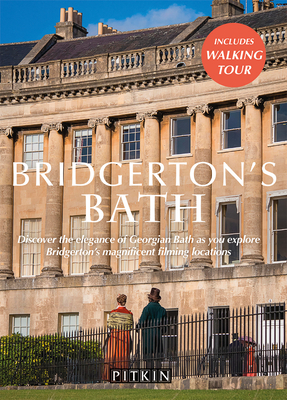 
A key element that sets Netflix show Bridgerton apart is the extensive use of location shooting. Step forward Bath: the Regency architectural jewel gets to play many different parts of fashionable London. Bridgerton’s Bath takes you on a tour of all these locations, from No.1 The Royal Crescent (the Featherington’s house on Grosvenor Square) to Abbey Green (Covent Garden), and the Abbey Deli (Modiste couturier) on Abbey Street.

Bridgerton intersects with Jane Austen’s world at the Assembly Rooms, where one of the early balls takes place, while the 18th-century Bath Guildhall also gets a place on the series’ dance card. A key character in the drama is Lady Danbury, and her grand mansion is Bath’s former Sydney Hotel, today the Holburne museum. The book includes a detailed map, plus a behind-the-scenes look at how the series was filmed in the city.
Antonia Hicks graduated from Oxford University with a degree in Ancient and Modern History. She is a passionate fan of Broadway musicals and Bridgerton.