Tangata o le Moana: New Zealand and the People of the Pacific (Paperback) 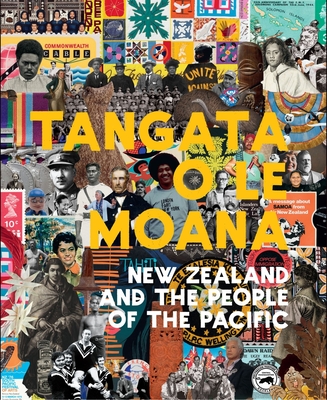 Tangata o le Moana: New Zealand and the People of the Pacific (Paperback)


Email or call for price - This maybe out of print or used
This richly illustrated history tells the fascinating story of Pacific people and their relationships with, and contributions to, New Zealand society. Across fifteen chapters written by leading historians and writers, every aspect of New Zealand’s relationship with Pacific people is covered – from migration to tourism, economics to politics, sport to the arts.
SEAN MALLON is of Samoan and Irish descent and is senior curator Pacific cultures at the Museum of New Zealand Te Papa Tongarewa. He is the author of Samoan Art and Artists: O measina a Samoa (2002) and he co-edited Speaking in Colour: Conversations with artists of Pacific Island heritage (1997), Pacific Art Niu Sila: The Pacific dimension of contemporary New Zealand arts (2002) and Tatau: Samoan tattoo, New Zealand art, global culture (2010). KOLOKESA MAHINA-TUAI is a freelance curator and writer. Her current area of work is in the promotion and development of Pacific arts, with a focus on Tongan arts. She has authored and contributed to various publications including a series of bilingual children's books based on Pacific myths and legends. DAMON SALESA is the author of a number of works in Samoan and Pacific, New Zealand and imperial and colonial history, including Racial Crossings: Race, intermarriage, and the Victorian British Empire (2011). He is associate professor of Pacific studies at the Centre for Pacific Studies, University of Auckland. Previously he was an associate professor of history at the University of Michigan.