Passport to the Cosmos (Paperback) 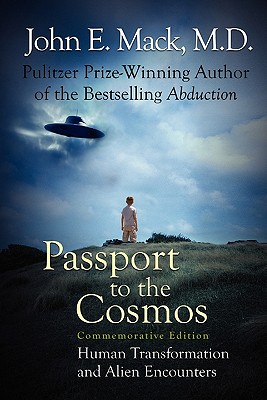 Passport to the Cosmos (Paperback)


Usually Ships in 2-3 Days
This book is Non-returnable.
John Mack explored alien encounter experiences deeply, revealing a world of meaning and power that can revolutionize our understanding of who we are and our place in the cosmos. Dr. Mack suggests that such experiences reveal to us a universe which is filled with intelligence and life, though this may not always take the densely embodied form with which we are most familiar. This book brings us to the edge of material reality and beyond, shattering the boundary that has separated matter and spirit and scientific or spiritual ways of knowing. Dr. Mack asks us to move beyond the largely useless debate about whether UFOs or abductions are real in a purely material sense. He shows us the limited way that we have used ourselves in learning about the cosmos, and challenges the limitations of traditional science as a way to learn about the multi-dimensional world in which we reside. Insights about the relationship between spiritual and physical energy; trauma's role in transformation; information about the ecological crisis facing the planet and the urgency that we do something about it; the possibility that human beings are participating in the creation of some sort of interdimensional hybrid race; the expansion of human consciousness and our spiritual reawakening; and the apparent evolution of extraordinary relationships that some human beings may be developing beyond the earth plane - these are the matters this book includes. Dr. Mack demonstrates that the investigations of a skilled clinician, exploring human consciousness through in-depth conversations, can reveal to us a multidimensional, apparently intelligent, cosmos whose nature is fundamentally consistent with the discoveries of leading scientists who have been gaining knowledge primarily through exploring the physical world.