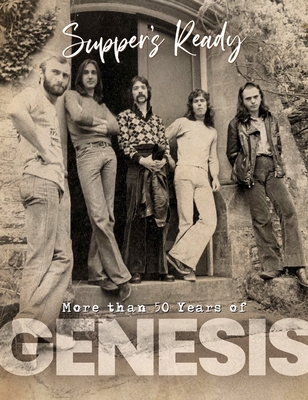 
Usually Ships in 2-3 Days
This is a comprehensive look at the supergroup that is Genesis, following the origins of the band with its founding members Tony Banks (keyboards) and Mike Rutherford (bass, guitar); and Phil Collins (vocals, drums), who joined in 1970, to the years when the legendary Peter Gabriel was the frontman of the band. The book charts the rise of Genesis as a global band and reflects how they sustained success despite having undergone several personnel changes throughout its history. Now they are back playing live maybe for the last time. This is their story from Charterhouse School in 1967 to reforming and playing live over 50 years later.
Pete Chrisp has worked as a writer and editor for newspapers, magazines, and books since 1979. His first book, co-written with the musician Gerry McAvoy, was the highly acclaimed Riding Shotgun: 35 Years on the Road with Rory Gallagher and Nine Below Zero.