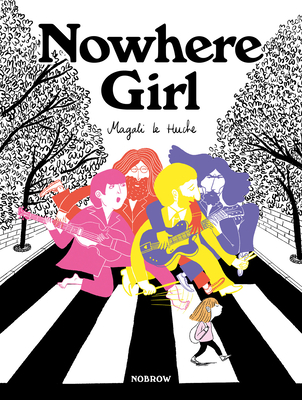 
Coming Soon - Available for Pre-Order Now
The story of a young Parisian girl lost in the gulf between childhood and adulthood, navigating depression... and discovering the Beatles.


This is the story of a girl growing up in the 1990s – a middle-schooler who finds herself lost in the gulf between childhood and adolescence, developing paralyzing fears of failure, school, other people, and her own changing body. Along the way, she becomes obsessed with the Beatles... which might be just what she needs to find her way back to being okay. Yeah yeah yeah!

Magali Le Huche was born in Paris in 1979. She spent five years at the school of decorative arts in Strasbourg, three of which she spent specializing in illustration. She left the school in 2004 and came back to Paris with her first two children's books tucked under her arm: Les Sirènes de Belpêchao (Didier, 2005) and Bertille Bonnepoire (Sarbacane, 2006). Ever since then, she's been working regularly as an author and illustrator for the press and children's publishing.