Euroguide 2021: Yearbook of the Institutions of the European Union (Paperback) 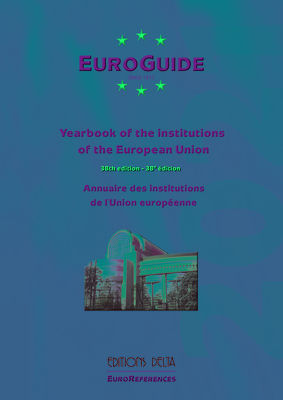 Euroguide 2021: Yearbook of the Institutions of the European Union (Paperback)


Backordered
The most comprehensive bilingual information source on the EU The EuroGuide is the oldest bilingual English-French reference book on the EU. It is divided in two parts: Part I discusses how the EU functions (structure, powers, operation and activities of EU institutions, bodies and agencies) while Part II is a "who does what" directory (organizational charts with names and details of persons in charge). It also includes practical information such as map of the Union and its Member States, information sources, official publications, diplomatic missions accredited to the EU, chronological overview of the history of the European Union; a chapter is dedicated to association and cooperation with third countries, particularly with the ACP States, another to European studies; an index with some 13,000 names, an index of acronyms, etc.; and over 500 photos.
Editions Delta was founded in Brussels in 1976, with its primary activity being the publication of reference books on the European Union and its institutions (yearbooks, who's who, monographs, etc.), gathered together under the name EuroReferences. Today this series has been co-publishing books with a European character alongside the Office of Official Publications of the European Communities (Luxembourg) since 1980.