Who I Am: Memorias (Hardcover) 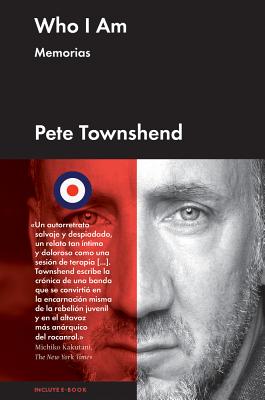 Who I Am: Memorias (Hardcover)

Out of Print
One of rock music's most intelligent and literary performers, Pete Townshend—guitarist, songwriter, editor—tells his closest-held stories about the origins of the preeminent twentieth-century band The Who, his own career as an artist and performer, and his restless life in and out of the public eye in this candid autobiography, Who I Am. With eloquence, fierce intelligence, and brutal honesty, Pete Townshend has written a deeply personal book that also stands as a primary source for popular music's greatest epoch.
Pete Townshend is an English singer, songwriter, and multi-instrumentalist, best known as the lead guitarist and songwriter of one of the most corrosive bands of the twentieth century, The Who. His career with the band spans more than 50 years.
“Intensely intimate…candid to the point of self-laceration…[Townshend’s] tone is less lofty than anyone would have expected, just as this book is more honest than any fan would have hoped.” —Rolling Stone, on the English-language edition