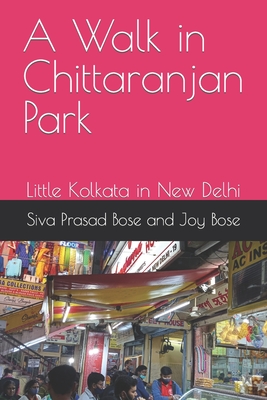 
Usually Ships in 2-3 Days
This book is Non-returnable.
Chittaranjan Park or CR park is a residential colony in South Delhi, bordered by Greater Kailash 1 and 2 and located close to areas such as Nehru place, Alaknanda, Kalkaji and Govindpuri. It is sometimes called "Little Kolkata" because of the Kolkata style street food, Bengali culture and festivals celebrated here.
Previously called EPDP Colony or East Pakistan Displaced Persons Colony and Purbachal, CR Park is a Bengali dominated colony that was originally developed to house refugees of partition from East Bengal, but has recently become more diverse. It is a cultural treat famous for its celebration of Durga Puja, Bengali snacks and sweets.
In this book we discuss the famous landmarks and festivals in CR Park. This is intended to be partly a travel guide for those who want to experience this microcosm of Bengali culture in New Delhi.
Our own Bose family has been resident in Delhi for a very long time, originally residing in Kashmere Gate and later moving to CR Park.