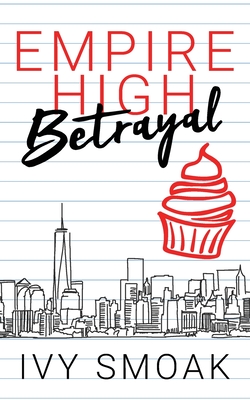 
Email or call for price
My new family is dangerous. I've heard the whispers. I've seen it firsthand. And my new last name puts me in danger too. The only thing keeping me in this city is Matthew Caldwell. If I didn't love him, I'd be long gone. But he says I'm changing. That I'm becoming the thing I hate. And I'm worried he might be right. What if I'm actually the dangerous one? Because all I want to do is prove I belong here just as much as anyone else. I'm going to become one of the elite. I'm going to live like an Untouchable. And no one will be able to break me. Ever. Again. But while I'm focused on fitting in to this new world, I forget that the stakes are so much bigger than who's the most popular at Empire High. I'm playing with life and death. I should have seen it coming. After all...I betrayed everyone to get to where I am. It makes sense that one of them would betray me too.
__________
BY INTERNATIONAL BESTSELLING AUTHOR IVY SMOAK ★★★★★ "Empire High is officially my new favorite series."
★★★★★ "This book was EVERYTHING "
★★★★★ "Painfully beautiful."
★★★★★ "I am a mess after reading this book - an emotional mess "
★★★★★ "Ivy Smoak is an evil genius."
★★★★★ "The Empire High series has stolen my heart."
★★★★★ "I have totally fallen in love with Matthew Caldwell "
★★★★★ "Buckle up because it's a wild ride